It's true that Hino City isn't the largest place in the world but with its views of the majestic Mt. Fuji in the west acting a backdrop, the city turns our to be mightily big on beautiful natural spaces. The city's parks and garden include traditional Japanese landscaping, nature preserves as well as quasi-spiritual inspired spaces. Here is an introduction to some of the parks and gardens of Hino and how to reach them.

Another beautiful example of traditional Japanese landscaping, Keio-Mogusaen Garden features some excellent hilltop views of the city. The garden is also home to a pond as well as thatched roof rest areas and teahouse. The small shrine and of the thankfully obligatory blooming flowers all add just the right amount of serenity and colour to an already lovely location.

A 10-minute walk from Mogusaen Station on the Keio Line.

A lovely little nature reserve, the volunteer-maintained Minamidaira Green Space features walking trails, a couple of ponds as well as nice hilltop views. Unlike other parks, opening hours are limited to between 9am to 4pm as part of efforts to protect and preserve the local environment. As a result, the preserve is a mini-haven for birds, insects and local flora.

An 8-minute walk from Minamidaira Station on the Keio Line.

With its grand views over the city - not to mention that of Mt. Fuji - a trip to Tamakyuryo Natural Park turns out to be a great little adventure. Its trail leading up to the jizo statue occupied summit features a mimicry of the 88 temple route of distant Shikoku Island. Plenty of blooming hydrangeas along the way gives the park that added touch of beauty.

A 3-minute walk from Takahatafudo Station on either the Keio or Keio-Dobutsuen lines. 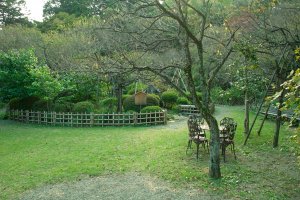 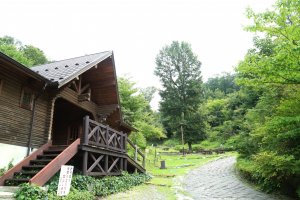 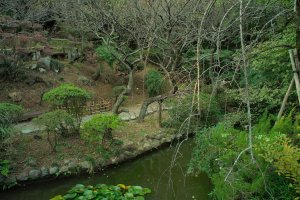 Lynda Hogan 5 days ago
Home of the real "last samurai". I didn't know much about the natural spaces there, just the zoo. But the parks look worth a visit too. A Fuji view is always a bonus!
Reply Show all 1 replies

Sleiman Azizi Author 5 days ago
There's a lot of charm here and yes, anything with a view of the Lady is definitely a bonus.
Reply
2 comments in total
Back to Contents