A taste of some of the local foods of Shimane

Rich in local heritage, the cuisine of Shimane prefecture is as unique as the region's ancient mythological roots. Simple comfort foods here make use of nationally recognised shellfish stocks while one of the country's top style of noodle has its origin in the prefecture. Along with seafood from the Japan Sea and tea-based means relying on local seasonings, Shimane is a treat of taste. Here is a simple guide to some of the regional cuisine of Shimane.

Seasoned with soy sauce and miso, one of Shimane's great comfort foods - and possibly its simplest - is shijimi-jiru, a soup made with the famous shijimi clam from Lake Shinji. These large and delicious clams are so well regarded that they have become known as one of the Seven Delicacies of Lake Shinji, with the lake providing a third of the nations' shijimi clam catch.

Fresh winter squid taken from the Japan Sea off the coast of Ama Town in Shimane turns out to be the prized ingredient for a local food known as kanshimame-zuke don. A rice bowl liberally covered with soy sauce-marinated squid, this dish is a popular delicacy and only possible when using the freshest squid.

Ochazuke, a traditional dish made by pouring green tea over rice, gets a makeover in Shimane. A roasted rice ball tea soup, yakimeshi ochazuke makes use of a rice ball topped with the nearby Oki Island's traditional kojoyu miso seasoning. Green tea is then poured over these seasoned rice balls, creating a robustly delicate flavour.

Famous for its soba crops, Shimane is home to Izumo soba, one of Japan's three major styles of soba noodles. Featuring a darker colour to it, Izumo soba makes use of the full buckwheat seed in its flour, creating a noodle that is not only healthier and richer in taste, but also chewier in texture. Served in a variety of ways, Izumo soba is one of the prefecture's traditional sources of gastronomical pride. 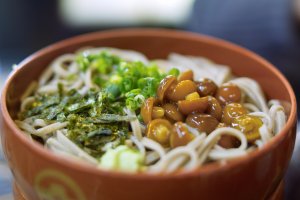 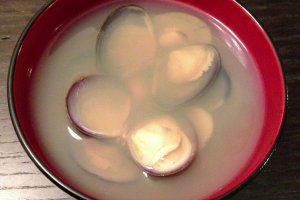 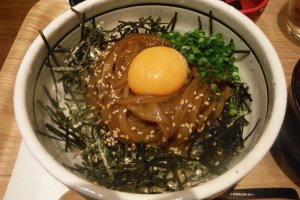 Sander van Werkhoven a month ago
4 more reasons to stick with the my earlier plans for my next trip, whenever that may be! Shijimi-jiru sounds simple yet delicious, and that kanshimame-zuke don looks great too. Gotta try them all!
Reply Show all 1 replies

Sleiman Azizi Author a month ago
Japanese food has that effect, right? Once you start exploring you can't stop. There is literally so much to try...
Reply

Elena Lisina a month ago
I was confused with cold soba as thought it should be a hot dish! :D
Reply Show all 4 replies

Sleiman Azizi Author a month ago
Oh, I love cold soba, especially if it's fresh and handmade.
Reply

Elizabeth S a month ago
Cold soba with chilled tsuyu broth is pretty much all I eat in the summer here!
Reply

Gary Luscombe a month ago
Same here, though I actually much prefer cold soba anyway. That is how I have it even in the dead of winter!
Reply

Elena Lisina a month ago
I think I prefer yakisoba!
Reply

Kim B a month ago
Lake Shinji is gorgeous, I'm not surprised that the seafood bounty from there is just as good as the views!
Reply Show all 2 replies

Sleiman Azizi Author a month ago
It's nationally famous for its seafood catch.
Reply

Kim B a month ago
I knew Tottori was known for their crab, but didn't realize that Shimane was so revered for their seafood too!
Reply
10 comments in total
Back to Contents