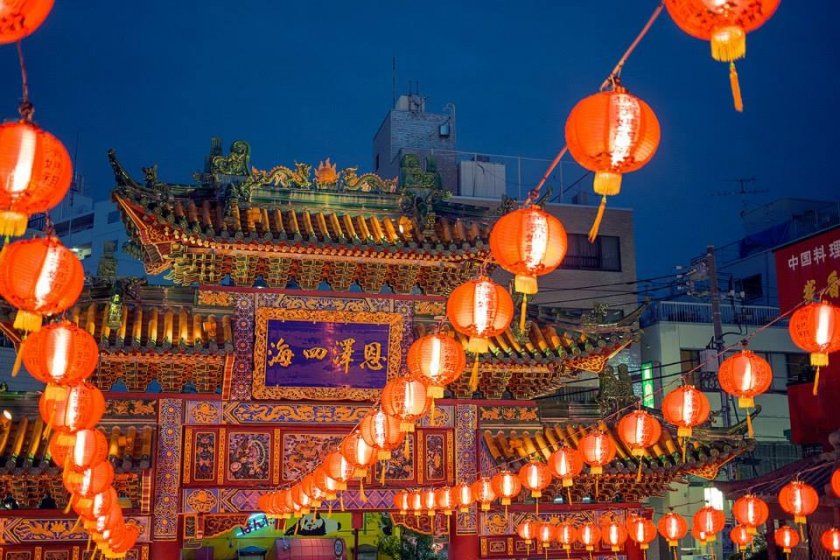 Kwan Tai Temple is one of Yokohama Chinatown's most alluring attractions

In America they have a saying: "You can take the boy out of Chinatown, but you can't take Chinatown out of the boy". Well, maybe it doesn't go entirely like that. But like pimples on a pubescent child's face, Chinatowns today have spread all over the world. With the rapid pace of globalization, it now seems almost impossible to go to any city without encountering a little reminder of the great Chinese nation.

Yokohama Chinatown, just over one hour south-west of Tokyo, serves as an iconic example of the Chinatowns we see prevalent today. Though it may not date back quite so far as China's Tang Dynasty, Yokohama Chinatown has evolved as a thriving Chinese community, ever since the Yokohama port was re-opened to trade in 1859. With the rich history of a 4,000 year-old nation at its fingertips, Yokohama Chinatown is certainly not short of surprises.

Embellished in the elaborate and ornamental forms of traditional architecture, Yokohama Chinatown provides an abundance of delights. The populous and vibrant area is well-known for its Mazu and Kwan Tai temples. With glittering gold gilding, dim-lit lanterns, and the pungent, pervasive smell of incense wafting through the air, the evening atmosphere here takes you on a marvelous journey to another time, far away across the East China Sea.

With all its majesty aside, we all know that there's really only one reason to wander down to Chinatown - food. Yokohama Chinatown offers the perfect opportunity to sample some of the delectable delights China has to offer. Whether you want to challenge your spice-o-meter with some Sichuanese cuisine, spoil yourself with a renowned Chongqing hotpot, or indulge some popular dumpling treats, you'll find even the most voracious appetite is sure to be satisfied.

So if you're looking to hit up a bargain for your belly, or if you're after a tidbit of Chinese culture, head no further than Yokohama Chinatown. To visit the site at its most vibrant, be sure to head there in the evening, or for special calendar events such as Chinese New Year (held every January or February, depending on the year). Scheduled events can be found on the Yokohama Chinatown website (Japanese only) or on the Yokohama Visitor's Guide Website (English).

Find out more about Yokohama Chinatown.

Saskia is an obsessive compulsive traveler with Japan as her #1 preferred destination. Her appreciation for Japan's unique culture was cultivated through several years of studying the language during high school and also an otaku phase about which she prefers to no longer speak. 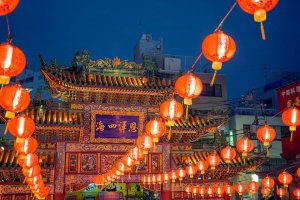 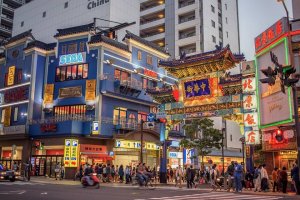 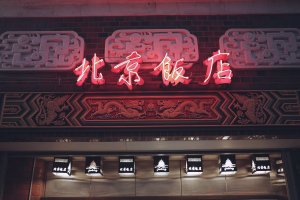