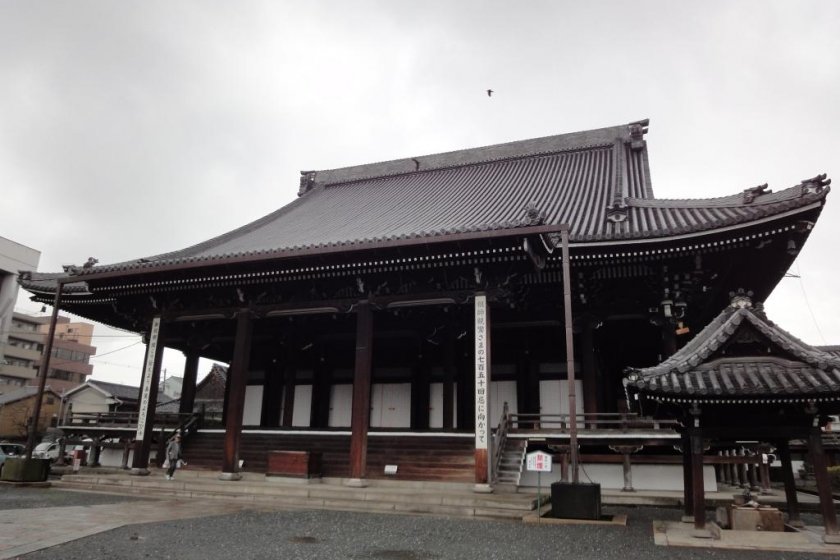 This often overlooked temple is one of a pair located just north of Kyoto Train Station and as such is out of the main tourist hot spots of Eastern or Northwestern Kyoto. This means that more often then not you will find you have the whole of the huge main hall to yourself, or be sharing it with a handful of local worshippers.

The Nishi Hongan-ji and its brother Higashi Hongan-ji (West and East Temple of the Original Vow, respectively) were once united as one at the Eastern site as the base of the Jodo Buddhism in Kyoto. The Shogun of Japan, Tokugawa Ieyasu, felt that this sect was becoming too powerful, and challenging his political superiority and so he founded the Eastern site in 1602 and spilt the temple in half. Whether this plan worked or not is unclear as just a year later the Shogunate was up-routed and re-established in Edo (now Tokyo) to escape monks meddling in governmental matters.

Knowing this history it is no surprise, that this temple is listed as of the "Historic Sites of Kyoto" granted UNESCO World Heritage status. There are two large hall set in large gravel courtyard, linked by a covered walkway.

The interior of the main hall is vast, with a great expanse of tatami mats dimly lit by large golden gem-stone like lamps. Across the back of the hall there is a wide ornate red, blue and gold enclosure that houses a Buddha statue.This is separated from the rest of the temple by a rail. In the low light seems to glow.

The temple is a great example of a real place of worship in modern Japan The Jodo Sect is one of the most popular forms of Buddhism today due to its teaching that enlightenment can be achieved by the very simple method of chanting the "nembutsu". This made it particularly attractive to common people while the more material focus of Zen was more popular with the Samurai classes.

The temple has recently undergone a refurbishment so it now back to its best - meanwhile the Amida Hall of its neighbor Higashi Hongan-ji is now under a covered scaffolding, just after the completion of the Main Hall renovations.

So if you have some time to spare in the Kyoto Station area why not visit this temple?

I am a 30 year old engineer from Manchester, UK.I love traveling and being a keen anime/manga fan I was fascinated by the idea of going to Japan in particular. After much anticipation and planning, I spent 3 months there in early 2010 - and boy was I not disappointed! This fantastic country has so much to offer - in so many ways I was just not expecting and now I hope to share that with others thinking of doing the same.Please check out my Blurb book of my Japan travels in 2010. 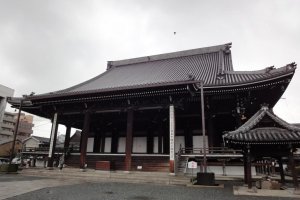 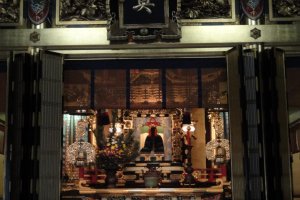 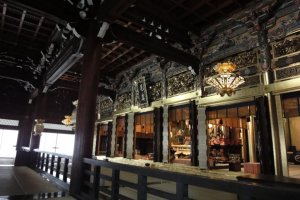