A contemporary take on Japanese Cuisine

Sendai is really a foodie's paradise. The city claims nearly two dozen delicacies, such as its signature gyutan beef tongue, boasts delicious seafood and sushi from nearby Shiogama and Matsushima, and has a near endless variety of cuisine in its compact center. One such gem of a restaurant which remains unknown by most locals and nearly all tourists is Yas Imagine Kaiseki. Owned and operated by head chef Yas, the restaurant provides diners a sophisticated atmosphere, high quality ingredients, and creative Japanese menu with New York style that tastes as good as it looks.

The restaurant is surprisingly easy to access for both its location and ability to accommodate different tastes. It is just a 1 minute walk from the popular Mediatheque, which is also a stop on the Loople sightseeing bus route. Furthermore, Yas speaks English and even some Spanish. Why? He lived and worked in New York for three decades. The food is also very welcoming to concerning eaters. Locally-sourced ingredients are used in California-style sushi (a rarity to find in Japan!), fish, and veggie dishes. However, Yas makes sure to cover the entire pallet. In fact, you could come for lunch and skip Japanese food entirely with the amazing western style desserts or a big, juicy gyutan hamburg beefsteak with saffron butter rice. Upon request, he can even cater to vegetarians or Halal diets.

After learning the ropes in New York, Yas operated two restaurants on his own. He earned much publicity and hosted many celebrity and high profile visitors before he eventually decided to return to his native Sendai. First he brought home New York style by focusing on high-quality fusion dishes at his first restaurant New York Sushi. After several years, he was ready to evolve. At this point the restaurant interior and menu transformed into Yas Imagine Kaiseki. Kaiseki is a style of traditional Japanese cuisine served one-after-another in small dishes. There are only a few places in Sendai that offer it, and this is the only restaurant that does its downtown and openly welcomes non-Japanese patrons that I know of.

The menu here is impressive on so many levels. Every single bite is delicious! And I have been there 5 times already, so I know! The restaurant is high-end, and that is reflected in the higher price, service, and above all, quality. For lunch, various courses or omakase (chef's choice) sets run 3,000 yen to 7,500 yen. A must is the instagram-worthy "Afternoon Tea" set. This three-tiered tea platter features a smorgasbord of flavors. Sushi, tempura, and mountain veggies are found hovering over western-style sweets paired with aromatic roasted green tea from a famous local tea shop. Dinner features various courses, and you can even order the Afternoon Tea with a glass of champagne in the evening, if you would like. If you can, splurge on the luxurious kaiseki courses offered at 10,000 yen, 12,000 yen, and 15,000 yen. Reservations should be made 2 days in advance and you are allowed to discuss the menu beforehand. A few cocktails, some sake and standard drinks, and a full two page wine list give you plenty of options to wash down your meal.

Having been to New York many times myself for business, I can say with confidence Yas Imagine Kaiseki could hold its own against nearly any Japanese-inspired restaurant there. Plus, if this restaurant was overseas, prices would be easily double. For those reasons, I would recommend Yas Imagine Kaiseki for well-travelled globetrotters looking to be impressed or for a Sendai first-timer eager to try some of the best the city has to offer.

Located 1 min walk and one block north from the Sendai Mediatheque on Jozenji-dori Avenue. Look for the sign on left of the sidewalk, then walk down the stairs to the entrance.

Justin Velgus (ジャスティン ベルガス) is a long-term resident and promoter in the Tohoku region. He has been a content producer for JapanTravel.com since 2012 and was the Miyagi Prefecture Regional Partner 2013-2015. Justin's over 300 published travel and culture articles come from a background of studying in Akita, teaching English in Miyagi through the JET Program, and working for the government in Fukushima. He lives in the gyutan capital of the world, Sendai.   Justin is an expert in local culture and history. He was the first foreign volunteer at Sendai City Museum and regularly advises the local volunteer guide group GOZAIN , which he is a veteran member, on guiding techniques and hidden locations in the city even locals don't know about. In his free time he enjoys delivering original walking tours, such as his Dark Sendai Tour (ghost tour) or Kokubuncho Mystery Tour (redlight district tour). Justin is also a Certified Sake Professional. 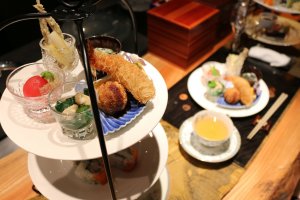 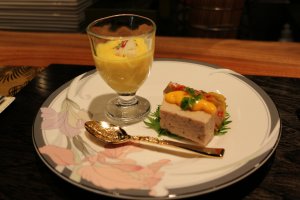 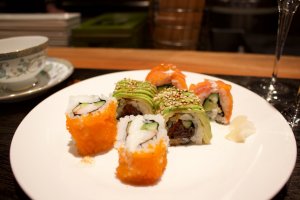 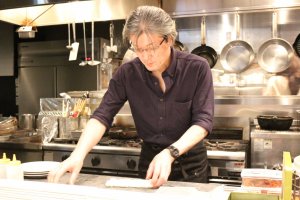