From Kansai Airport to Kyoto

Value options to Kyoto, Amanohashidate and beyond

What’s the cheapest and quickest way to get to Kyoto and surrounding areas in Western Japan?

The most comfortable option is Japan Rail (JR)'s limited express “Haruka”, which is a dedicated service from Kansai Airport station to Kyoto and sometimes beyond to Shiga. This is the fastest way to get to Kyoto, in just under 77 minutes for a 100 km trip!

Kansai Airport station is just on the other side of the walkway from the Airport Terminal. There are two railway companies operating, JR and Nankai. Nankai is best for Tengachaya, with connections to the Hankyu line to downtown Kyoto and Gion. JR is best for southern Kyoto and for bullet train connections. During peak hour, JR's Haruka operates every 30 minutes stopping at Tennoji, Osaka, and Shin Osaka before arriving at Kyoto. Some trains also stop in Hineno/ Nishikujo (Change at Nishikujo for Universal Studios Japan trains). Trains depart at 16 and 46 minutes past the hour from 6 am to 9 am, and also 4 pm to 8 pm. Outside peak hours, the Haruka only operate hourly.

The first train from the Airport is 6:30am and the last train is at 10:16pm, so if you miss it, then the airport hotel is straight after the train station, or get the slower normal express. The last JR normal express that connects with a Kyoto train leaves at 10:47pm, arriving at Kyoto at 12:55am. You then may need a taxi to your accommodation as the Kyoto subway stops after midnight. Alternately you can board the Airport Limousine Bus, with the last service departing at 11:40pm. (2550 yen). There is also an hourly bus service from midnight to dawn going to Osaka.

From Kyoto, the first train is 5:45am and last train at 8:16pm. Trains depart at 16 and 46 minutes past the hour during the peak morning and late afternoon/ evening from Kyoto, and hourly in the off peak times. Train timetables are located at Hyperdia.​​

Even if you don't hold the Japan Rail Pass the Haruka can still be a cheap option. Overseas Tourists can buy a 1 day JR West Kansai pass. It is only 2,200 yen with the early bird discount and gives you unlimited access on the Haruka plus all other JR trains within the Airport, Nara, Kyoto and Himeji (except bullet trains). The one way fare on the Haruka from KIX to Kyoto is 3,170 yen (unreserved seat ticket), so you save money even just going to Kyoto. You don't have to pre-purchase the JR West Kansai pass before you arrive in Japan, you can get it from the ticket office at JR Kansai Airport Railway Station, and it only takes five minutes once you show your passport.

Visitors wanting to travel to Kanazawa area should consider the Takayama-Hokuriku Area Tourist Pass as well, as it provides 5 days of unlimited travel for 13,500 yen.

Visitors heading northwards to the coast (e.g Fukuchiyama, Kinosaki Onsen), or wanting to go to Okayama, Kurashiki or the ferry to Naoshima in a four day period should consider the JR Kansai Wide pass, which includes bullet trains to Okayama. At 8,500 yen for 5 days this is one of the best value rail passes in Japan, provided you order this online or from overseas (otherwise 9,000 yen if you order this in person at the JR ticket office).

If you are only using the JR West Kansai pass to go to Kyoto, and not back track to Himeji or down to Nara the same day (for example, your flight landed late in the evening), another alternative is to purchase the ICOCA and Haruka discount ticket package. ICOCA is a rechargeable card giving access to all JR and private trains, buses, and subway in the Kansai area. The package contains the ICOCA card loaded with 1,500 yen, a 500 yen refundable deposit, and a one way Haruka ticket to Kyoto. Worth 4,980 yen if purchased separately, the package is just 3,000 yen. A Haruka return ticket + ICOCA package is even better value, at 4,000 yen for just under 8,000 yen of value - provided you use the return Haruka ticket within 2 weeks of activating the package.

There is a refund administration fee of 210 yen if there are credits left when you return the ICOCA card, so the trick is to use all your credits before returning the ICOCA card. For your convenience, you can return the ICOCA card at any JR West station in the Kansai area, though the major stations (e.g Osaka, Kyoto, Tennoji) are more likely to be familiar with this initiative.

Like the JR West Kansai pass, it can be purchased at the Kansai Airport Train Station office, and ordered online before you arrive.

If you don't qualify for the Kansai pass or the ICOCA package, for example you are a permanent resident of Japan, the other option on JR is to catch a normal express (called Kansai Airport Rapid Service) to Osaka and then change to a normal express to Kyoto. This takes at least another half an hour and you may have to stand from Osaka to Kyoto. This will cost 1,890 yen, but for my money and comfort foreign travellers should pay 110 yen extra for the Haruka with the JR West Pass.

Then there is Airport Limousine. More comfortable than the normal express, in the sense that you don’t have to change trains. Operating approximately every 30 minutes, this is a good option if you just missed the Haruka, which reverts from half hourly to an hourly service between 11 a.m. and 4 p.m.

Bus stops are located outside the International Arrivals floor of the Passenger Terminal Building (first floor center). Tickets can be purchased from the ticket vending machines located outside the Passenger Terminal Building on the 1st floor. Go to bus stop 8 for Kyoto. The last bus is 10:10 pm, and it costs 2,500 yen. The 6:05 pm, 8:10 pm, 8:40 pm bus continues after JR Kyoto to Nijo Station, so if your accommodation is near Nijo or Shijo Omiya, the bus is a good choice at those times. Bear in mind the 6:05pm bus is likely to get peak hour traffic and they are a bit slower than the Haruka. It is a bit quicker than the normal express, but also more expensive.

My inside tip with the Airport Limousine is that when you are going back to the Airport, you need to take the right bus. There are two airports in Osaka, Itami Domestic airport (often called Osaka Airport), and Kansai International Airport. Make sure you are getting the bus to Kansai.

If your accommodation is downtown Kyoto (Sanjo, Shijo) such as the Toyoko Inn, Westin, or Khaosan, Nankai and Hankyu railways have a 1230 yen combination ticket, called the Kyoto Access Ticket. You need at least one change at Osaka Subway Tengachaya Station, and depending on the train, possibly another transfer station.Tickets can be purchased at Nankai Kansai Airport Station. For just 300 yen extra you can upgrade to the futuristic Rapit express train from the Airport to Tengachaya. Be at the platform on the hour and at the half hour to catch the Rapit from 9 am to 9 pm, with irregular services outside this window

Lastly for if you have a lot of luggage (e.g. Golf bags, skis, snowboards) AND wanting door to door transport to Kyoto accommodation away from Kyoto Station, there is the MK Shuttle Bus. It costs a little more at 3,500 yen, plus one check in size luggage for free. They don't take bicycles or items of that size unfortunately. You will need to book it by 5 pm 2 days before.

In summary my 6 insider tips are:

Have a great trip! 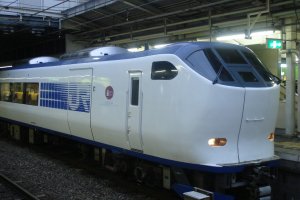 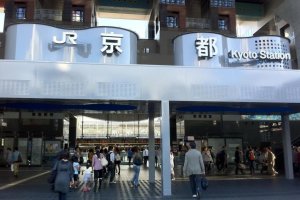 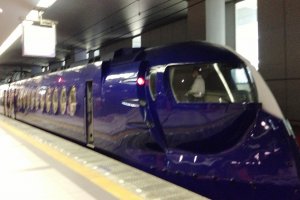 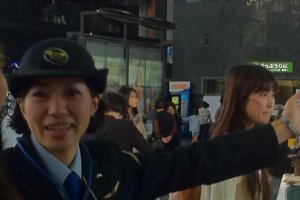