Head out and enjoy the yellows of autumn

Meiji Jingu Gaien's ginkgo tree lined avenue is often regarded as one of the best spots to enjoy autumn in Japan, and the Jingu Gaien Ginkgo Festival has been celebrated annually since 1997. The event is a chance to appreciate the fall foliage in all its glory, and also includes street performers and over thirty food booths serving up a host of tasty fare.

Do bring yen if you plan on grabbing a bite to eat - most of the vendors accept cash only.

Meiji Jingu Gaien is an easy walk from a number of different stations.

If you plan to drive, there are various small parking lots in the area, but they do tend to fill up quickly. More details about parking can be found on the Meiji Jingu Gaien website here. 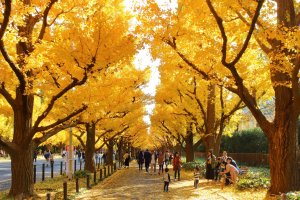 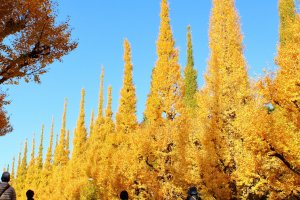 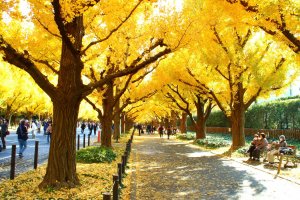