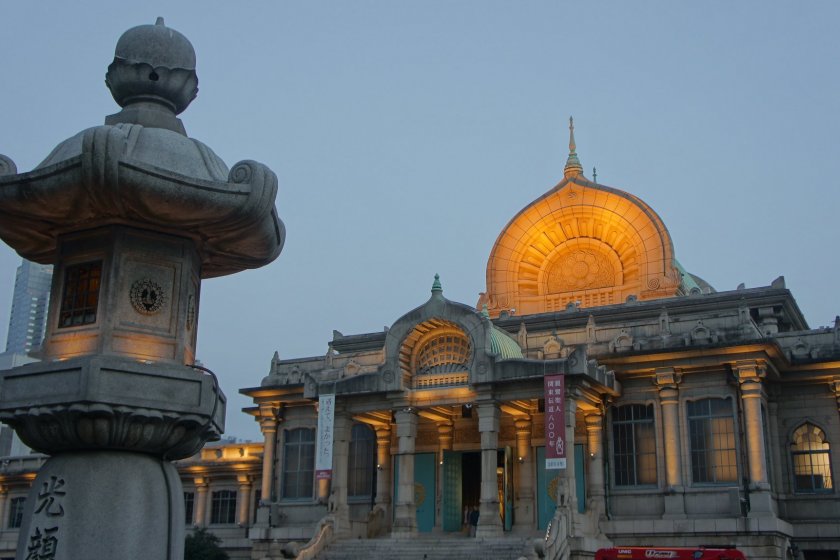 Beautifully lit, a taste of India in Tokyo

It's no exaggeration to say that if there ever was a melting pot of design in Tokyo, Tsukiji Honganji Temple must surely rank right up there.

Architectural designs for the most popular branch of Buddhism in Japan based on Indian and South-East Asian motifs while featuring a Western-styled stained glass entrance window, a pipe organ from Germany and memorials to 13th-century sect founder, Shinran Shonin and 20th-century rock guitarist Hideto Matsumoto, are enough to get the mind ticking over.

And while you nod your head in approval at the eclectic design motivation, remember that the temple has been around. Since 1617, in fact, where forty years later it was was destroyed by fire only to be knocked down later during the great 1923 earthquake.

Tsukiji Honganji Temple survived. In a big way. You notice it straight away once you step out of the train station, a stone wall to your left and behind that wall, well, space. Lots of it. And as you step towards the entrance gate, the vastness of the grounds hits you.

In the days when my brain didn't function, I thought that the temple building was some kind of official function hall for an embassy. There were security guards loitering around everywhere and I thought it prudent not to enter a place that seemed to be out of bounds. Silly me.

Tsukiji Honganji Temple is open to the public. It is free to enter. And a closer look is very much recommended. The building is an eye catcher, the animals statues within all feel as if they have their own stories to tell and the memorial to 'Hide', the late rock guitarist, reminds you that along with a taste of India and Buddhism, there is also the taste of Japan.

Take the Hibiya Line to Tsukiji Station. Head left out of Exit 1 and you'll find the temple entrance right ahead. 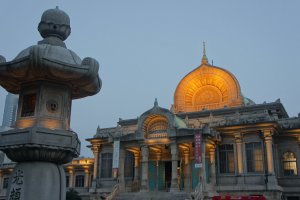 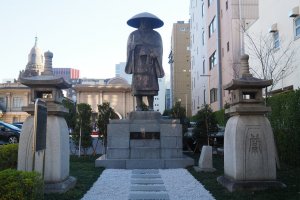 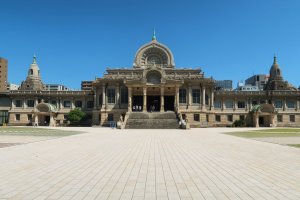