The Jewel of Downtown Tokyo

Given that Katsushika City is located just a short train ride from the iconic Tokyo Skytree and the tourist hub of Asakusa, it is hard to work out why it isn’t on everyone’s radar.

Especially since it has the classical culture of Asakusa, the down-to-earth street dining of Ueno, and the artisanal crafts of East Tokyo—all in one place.

Still, its low profile is a blessing in disguise since no vast crowds means a more personal encounter with the essence of downtown Tokyo.

The unofficial capital of Katsushika City has to be Shibamata.

Centering on the historic temple of Taishakuten Daikyo (also called Shibamata Taishakuten), the area was a prosperous hub and seat of power from the early seventeenth century as the city of Edo, now present-day Tokyo, took shape.

As you leave Shibamata Station on the Keisei Kanamichi Line—the train line itself being something of a pilgrimage route since its two-and-a-half-kilometer length is the primary means used by most people to travel to Shibamata—you will see the road to the temple right in front of you.

As you walk along the approach to the temple, or sando, the impeccably preserved streetscape invites you to step back in time—particularly the Monzen area around the temple gates, where countless historic shops have weathered time and disaster, both natural and human, to stand before you today.

For the authentic experience, take advantage of some of the local Japanese kimono dressing services. The less touristy atmosphere of Shibamata is an especially good place to feel at ease in a kimono, and there are numerous traditional tea houses and scenic spots where you can capture the moment in a photo.

The area has survived in such impeccable condition partly because it was the setting for one of Japan’s longest-running film series, the TORASAN-SERIES, which its fans often call Tora-san, the name of the protagonist who travels Japan and the world, always dreaming of his hometown of Shibamata. Starting with the 1969 debut, there are currently 50 films in the series, including related spinoffs, and they continue to play an important role in transmitting the appeal of Katsushika and Shibamata to a global audience.

No fewer than fifty films have been made for this series, and because of that, the original locations are frozen in time and lovingly repaired to continue the legacy.

Passing through the great Nitenmon, the two-story gate of the temple, you will see the temple buildings intertwined with the twisted trunks and branches of matsu (pine trees).

The largest tree is said to mark the site of an ancient spring, whose existence has made this a sacred site since antiquity. The temple was then founded on this spot in 1629.

While the natural wonder of the spring was the original attraction to this area, the human-created wonders, covering every inch of the temple hall Taishakudo, are the primary draw today.

The intricate carvings were completed in the early 20th century and are a fusion of styles from the northern Kanto region and those of the Boso Peninsula.

The flowing forms and the stunning studies of perspective articulate notable episodes from the Lotus Sutra with wonderful showmanship.

At different times of day, the play of light renders these sculptures anew, and you will never take in all the details in a single visit.

Completed at roughly the same time, the Daikyakuden (Grand Reception Hall) is a long series of rooms culminating in a room that houses a nandina (heavenly bamboo), an evergreen shrub with auspicious red berries.

The hall runs parallel to the Suikei Garden, a formal Japanese garden that you are invited to admire from the hall or the seating area.

The garden was originally designed with a single perspective in mind, but a raised walkway was later added so that visitors could explore the garden in its entirety.

A short distance beyond the temple grounds is Yamamoto-tei, the magnificent former home of Yamamoto Einosuke, who was a pioneer in the manufacture of camera parts.

Now open to the public, the rare example of a traditional Japanese home that incorporates Western architectural elements offers an excellent opportunity to view quintessentially Japanese gardens while enjoying drinks and sweets.

Contrasting with the Japanese gardens is a Western-style drawing room complete with stained glass, called the Houou-no-ma which encapsulates the East-West zeitgeist of 1930s Japan.

Back in the Monzen area, there are two snacks (one sweet and one savory) that you must try when you visit.

Shibamata kusa-dango are sweet dumplings, and they owe their distinctive green hue to mugwort, which once flourished in the dry riverbeds and banks along the local Edo River, but due to urban development, mugwort is now grown further afield.

They are topped with ultra-sweet azuki bean paste, which will give you an instant energy boost on your travels!

Next up is Shibamata sembei (rice crackers), which are an enduringly popular between-meal snack that can be eaten on the go.

A favorite throughout Tokyo, Shibamata sembei is famous because the many historic shops there are known to complete every step of the production process, from steaming and grinding to baking, on their own premises, which gives each baker extraordinary control over the final cracker.

Each and every savory treat has a character all its own, so there is plenty to explore.

Finally, heading back toward the station, pick up some sweet souvenirs at Shibamata Haikara-yokochou, a sweet shop and amusement arcade in the style of the Showa period (1926–1989).

Upstairs is a museum of Japanese toys, which in this historic building is a great place to step back in time and see how Shibamata children enjoyed their leisure time in decades past.

An encounter with the artisanal crafts of Katsushika

Continue your Katsushika journey by hopping back on the train and heading toward Tateishi, which is known as the definitive downtown drinking spot.

There, you can indulge yourself in perusing the crafts that fueled the development of the Edo of old.

Everything is for sale, and buying direct, instead of from a department store, is a much more affordable way to bring some Japanese artisanal crafts (kogei) into your daily life.

The center houses a broad array of crafts in different styles and materials, with everything from inden, lacquered deerskin leatherwork, to tortoiseshell accessories to attract your attention.

It also holds frequent events and demonstrations by artists in residence, and whether you want to browse or make a purchase, the friendly space is free and open to all.

The taste of Tateishi

The area surrounding Keisei Tateishi Station is home to more izakaya (drinking dens), bars, and restaurants than a civilized lifestyle could possibly accommodate.

Choosing one to visit is the real challenge, but there are more than enough establishments that are open and sprawling out into the street—inviting you on in.

Nimousaku is one of the most famous names in the Tateishi area, offering an artisanal take on the beloved oden (a hot one-pot dish) of the area.

While you eat, don’t be surprised if the chef or even surrounding customers strike up a conversation with you.

On this writer’s trip, the friendly couple sitting next to me at the bar insisted I try some of the dishes they had ordered.

That is the Tateishi experience in a nutshell.

Of course there is more to Katsushika—and we haven’t even touched on the Japanese pop-culture icons linked to the area—but you will have to explore that on your own.

Plan your visit via this link. 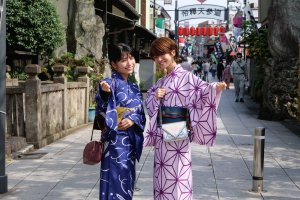 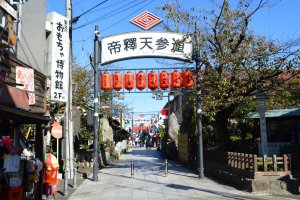 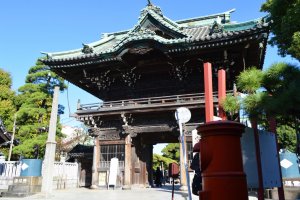 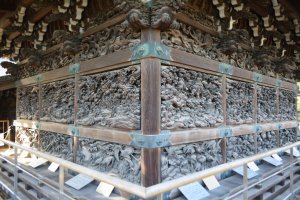 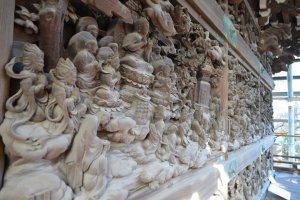 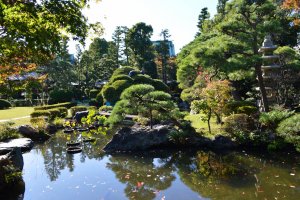