Home to the stunning Lake Tama

A bedroom community, Tokyo's Higashiyamato City is blessed with natural green space and pristine environments. Dominated in the north by the incredibly beautiful Lake Tama - a day trip just by itself - the city also finds time to feature local folk museums, incredible relics from World War 2 and scores of large public parks.

Exploring the history of the area, the Higashiyamato City Folk Museum features topographical models, a 13,000 book library, a planetarium housing the Megastar projector, the first projector of its kind in Tokyo, and an exhibition room for local artist, Yoshioka Kenji.

Established by request of the local residents, Higashiyamato Park is a natural space designed to protect the area's original environment. The park features children's play areas, ponds and a number of groves featuring flora native to the area to specific trees along with dedicated walking trails.

Fifteen minutes from Musashi-Yamato Station on the Seibu Tamako Line.

Bullet riddled with scars from World War 2, this power station supplied the Tachikawa ammunition and and airplane parts factory with electricity during that fateful conflict. After the war, the building was kept as a reminder of the war and visitors can enter the building during special events and on the second Sunday of each month.

Seven minutes from the North Exit of Tamagawa-Josui Station on the Seibu Hajima Line.

Offering some of Tokyo's most stunning views, Lake Tama is a day trip in and of itself. A huge reservoir of water for the Tokyo area established in 1927, the lake's famous intake towers are said to be Japan's most beautiful. The lake's crystal clear waters originate from the mountains of nearby Okutama.

Ten minutes from Seibu-Kyujo-mae Station on the Seibu Sayama Line. 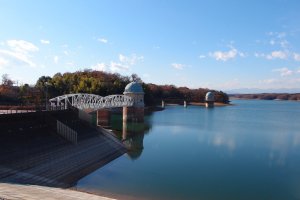 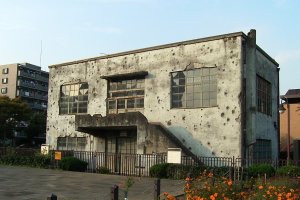 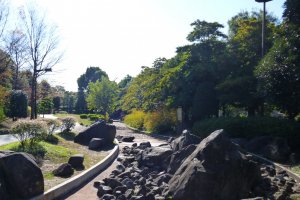 Kim a year ago
Lake Tama is a beauty!
Reply Show all 1 replies

Sleiman Azizi Author a year ago
Right? Just a beautiful place.
Reply
2 comments in total
Back to Contents